Netflix’s wrestling drama GLOW is funny, poignant, and wonderfully acted, but what makes it really interesting is how aware it is of its own contradictions.

Glow is smartly written and the kind of character-driven TV that not only reflects our own messy lives but also those of the people we know, even if we’re not bouncing around a ring.

To call it a feel-good hit would be a bit reductive and presumptive, but “GLOW” deserves all the love and respect thrust upon it. Sit back, turn it up, and enjoy.

This new interpretation of GLOW… is packed with an excellent ensemble cast… sharp commentary on gender and racial stereotypes, and an awesomely ’80s soundtrack. It’s also just plain fun.

One of the best things about GLOW is the sheer Eighties-ness of it all — it’s a sensory explosion of synth-heavy tunes, neon lights, high-cut leotards, hairspray… and even a robot which dispenses cocaine.

GLOW fully owns its campiness and its showy aesthetics, but it’s smart and subversive underneath the glitter.

GLOW is a throwback to movies about the adorable underdog misfit from the ’80s, set against a synth-heavy soundtrack. But in 2017, it is about a lot more.

Watching Brie’s vulnerable, overachiever Ruth – a character who is oftentimes frankly, the worst – also may make you wonder, why she didn’t get her own leading role sooner.

The criticism of professional wrestling is that it’s fixed, canned, fake, and predictable. GLOW is none of those things. It’ll keep you guessing, right to the very end.

GLOW could just go the straightforward route of following a ragtag team of weirdos as they face obstacles and beat the odds… [But GLOW also throws] in genuinely surprising twists while finding realistic and creative character motivations.

48% of critics liked this film.

Chatting with dozens of females coming out of the cinema for this film at the Carlton Cinemas on Thursday June 22nd, I found out that out of 26 people – everyone LOVED the film.

“It’s about time we got the female version of THE HANGOVER. Critics liked that film but didn’t like this? We still have a long way to go!”

Scarlett Johansson works overtime to salvage this dismal Bridesmaids knockoff, heavily informed by The Hangover and even Weekend at Bernie’s.

Orchestrating a gender reversal on this concept isn’t especially liberating; you might actually get more laughs out of the cutaways to the lame bachelor party of Jess’s fiancé, where sensitive men get “wild” at their private wine tasting.

Some of the best jokes are belly busters. My favorite involves a slow car and a speed bump.

Formulaic feminism makes for a rough watch in this chick retread of The Hangover. For this we got liberated?

This should have been funnier. Rough Night is a comedy with a great female cast, but the women were given nothing to do.

The women in Rough Night are terrific company. They never wear out their welcome. Too bad you can’t say the same for the movie.

Rough Night is basically a feel-good amusement with some darker moments and implications, and a tribute to female friendship in which men, dead or alive, are far from the only topic of conversation.

McKinnon sports the worst Australian accent in the history of the acting profession, but it’s still one of the best things about this no-class female version of Weekend at Bernie’s Meets The Hangover.

While it may intimate aspirations of a female take on the likes of The Hangover, the movie shies away from going to the extremities it promises by playing it too safe.

Rough Night is unbelievably poor. Some of its relentless sloppiness would be forgiven if it were ever funny, but it never is.

Yes, it’ll remind you of countless other movies, from Weekend at Bernie’s and Very Bad Things to Bachelorette and Bridesmaids. But if you take it on its own merits, you may wind up glad you saw it.

Aniello co-wrote the script with her partner, Paul W. Downs — who also plays the bride’s testosterone-challenged fiancé — and it has a giddy, affable energy. 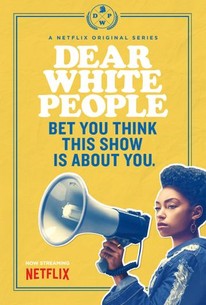 All those detractors who accused it of “race-baiting” only proves why a series like this is so relevant and necessary. But Dear White People is not arrogant or deranged enough to think it’s got the answers. It’s simply asking the questions.

Dear White People does its job by furthering a vital discussion with interesting characters.

The show is beautifully character-driven, weaving through romantic and platonic and unrequited relationships, while also highlighting those aforementioned multitudes of blackness.

Yet despite all the right-on sloganising, there’s lively playing from an unfamiliar cast who create some intriguing characters, and the series may well prove worth pursuing.

Title: Bag Your Own

Logline: “Bag Your Own” is a comedy in which Enrique is promoted on the same day his fellow associates are planning to play a “Speed Dating” game at the customers expense. He has to decide early what kind of manager he’ll be.

Interested in this logline, please email us at info@wildsound.ca and we’ll forward your email to the writer.

Have a logline? Submit your logline to the monthly logline contest.

Logline: A middle-aged Norwegian poet has to overcome his crippling depression when he embarks on a violent crusade to prevent other poets from writing about autumn leaves as a metaphor for death.

Interested in this logline, please email us at info@wildsound.ca and we’ll forward your email to the writer.

Have a logline? Submit your logline to the festival for FREE Today.

Submit your Comedy Screenplay or Film to the Festival Today: http://festivalforcomedy.com

Longfellow Deeds lives in a small town, leading a small town kind of life – including playing the tuba in the town band. When a relative dies and leaves Deeds a fortune, Longfellow picks up his tuba and moves to the big city where he becomes an instant target for everyone from the greedy opera committee to the sensationist daily newspaper.

Capra’s Mr. Deeds Goes to Town (1936) is primarily a romantic comedy; it followed his best known romantic comedy, It Happened One Night, and the forgotten Broadway Bill, both from 1934. But Mr. Deeds has more than romance and comedy— it’s an early example of Capra using these genres but also including metaphors to comment more gravely on the state of the country and society. The reason that this original film is so superior to the remake Mr. Deeds (2002) is simply that in the more recent film they upped the romance and ridiculous comedy, and left out the social importance. Capra’s genius partly lay in creating (with the help of great writers) entertaining films for Hollywood that fit into familiar genres but also had social relevance, which is lacking in the majority of Hollywood films today, certainly the current bland romantic comedies.

Mr. Deeds Goes to Town is about a regular small town man, an upstanding citizen, Longfellow Deeds (Gary Cooper), who inherits two million dollars from an uncle after he dies in a car accident. The uncle’s attorneys take him back to New York, hoping to make a quick settlement and get a large sum from this naïve and honest man. They, of course, are not the only ones hoping to get money out of him; New York is full of swindlers hoping to take advantage of this small town guy, who apparently doesn’t really want the money at all. But he is tougher and smarter than he looks and his upstanding honesty and goodness means that he won’t be swindled by any dishonest and greedy individual. The newspapers can’t lay their hands on him either, since he has a savvy press agent working for him (played by the hilarious Lionel Stander). The only reporter able and smart enough to get close to him is the lovely top reporter Babe Bennett (Jean Arthur), who pretends to be an innocent stenographer and takes Deeds around the city, with photographers at her beck and call and reporting everything for the front page story the next day.

The film presents a story of a man being taken advantage of in the big city, by everyone he meets, including the girl he’s fallen for. It’s a representation of the brutality of the city and its heartless residents— a metaphor for society as a whole and how badly citizens of the country treat one another without even thinking. Of course, Capra is anything but subtle in his representations and metaphors—his hero’s goodness of character and commentary on all he experiences gives us a clear message about the need and possibility for human kindness in society. Deeds’ answer as to what he should use the money for comes in a moving scene when an old farmer demands to see him and goes on a rampage about giving something to the starving families who have lost their properties and way of life. Deeds decides to put his money towards getting acres of the land to give to these families who can then own a new farm. The enormity of this task is shown with the thousands of poor farmers who show up at Deed’s house, but he is insistent on seeing all of them and going through with his task.

The climax of the film is in a courtroom , where the attorneys are charging Deeds with insanity and an inability to handle the amount of money he has been given. He refuses to defend himself, seeming to have lost faith in society and its people, and it is Babe Bennett who helps save him from his hopelessness and wrong conviction, since she is after all in love with him as well. The story is indeed a romance, since Deeds saves Bennett—“the woman in distress” who he has always wanted to save—by making her a better person, and she in turn saves him. Their relationship is simple and sweet, the actors and director never create overly sappy moments; they create a romantic and hopeful pairing. And, through the romance plot, Capra creates a bigger picture of hope: one of a better society in which those with money will help those without, instead of using them to get ahead in the world.

Mr. Deeds Goes to Town is one of the three Oscars Capra received for Best Director, and he is today a great example of one of the old Hollywood directors who knew how to use popular genres to make big studio films, without sacrificing content. While many shallow films were made by the studios to help people forget about the Depression and escape into a world of music and laughter, Capra was reminding the public of the hard times, while also giving a sense of hope and romance.