Skip to content
HomeInterview with Set Decorator Ute Bergk (The Dark Knight, Enemy at the Gates)

Ute Bergk answered the set of questions I emailed her on the airplane on her way to Budapest, Hungary to complete the television mini-series “Emerald City”. Based on the “Wizard of Oz” universe, Ute promises that the series is “going to be something else” and that director Tarsem Singh is a delight. Two months in Hungary and they are wrapped.

She was happy to answer these questions on the plane and send them my way. In fact, I might have this interview posted before she lands. 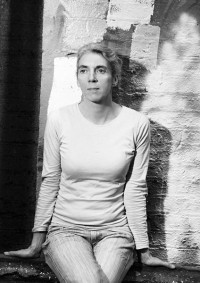 Matthew Toffolo: You were the Set Decorator on the action/comedy “Grimsby”, which is currently at a cinema near you. How was your working experience on that film?

Ute Bergk: Yes ‘Grimsby’ came out a few weeks ago. I have been working with Sasha BC before- we build the stage for ‘FunkyZeit’ in Berlin for him /for the movie ‘Bruno’. It’s was just an introduction…